Sometimes you have a change of heart.  It happens to everyone now and then. Last year you hated shrimp, now you’re the goddamn Moby Dick of the buffet line.  People move on, we adapt, we grow.
For years and years I have maintained a “squoval” shape to my nails.  Which, for those of you who aren’t beauty geeks means square across the front but rounded off at the edges.
Square +Oval = Squoval 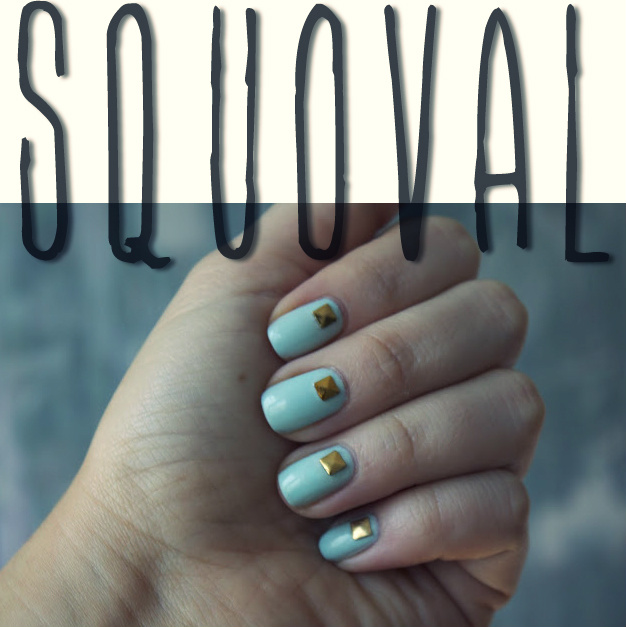 But recently I felt like they weren’t doing it for me anymore.  It felt stale, the way you feel when you have the same hair style for too long.  So on a whim I decided to make them round, because I figure they grow pretty fast so no big deal if I hate it.
Now some people, when you mention round or oval nails will picture these. 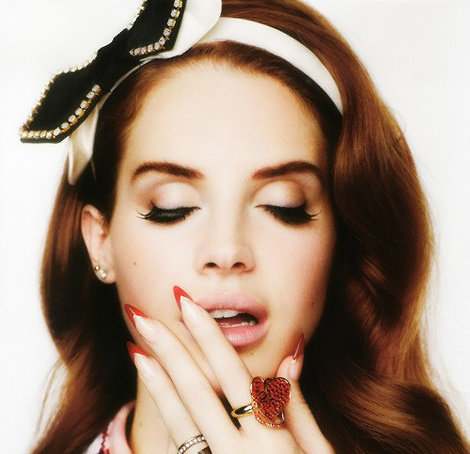 As most of us have learned (often the hard way) not everything that looks hot on Lana Del Rey will look good on us mere mortals. Yeah those look awesome and if you can rock them then do it! If I ever see you rocking them I will slow clap as you walk by.  But if you live an average life they might be a bit impractical, or a little hard to pull off, or just not your thing, and thats ok too.
The reality is those are closer to an almond or stiletto shape and not a round shape at all.  Round nails are more like what the Old Hollywood starlets wore.

See?  Subtle but glamourous.  Now that I have made the jump I’m converted.  Round is the way to go for me.
It makes sense that it would be flattering because these ladies all had something in common, their beauty routines were not ruled by trends, although I’m sure the odd trend had it’s influence now and again.  They were carefully tailored (or should I say Taylor-ed…ew that was too cheesy even for me) to be the most flattering in every way possible.
The nail shape is no exception.  It visually elongates the nails, but is still soft and feminine rather than claw like.  It is also less susceptible to breaking, because as those of us who have rocked square nails know, the corners are the first to go.  So you can maintain the length a little more easily. 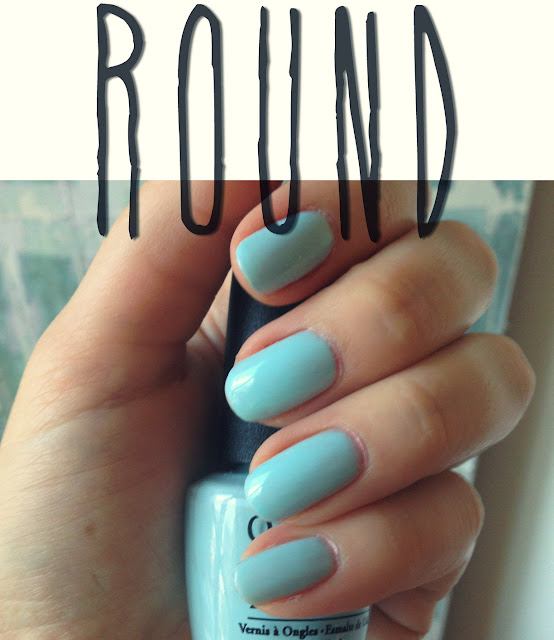 Now I’m not sure if mine are really round or oval, but the edge is round so that’s my story and I’m sticking to it.  I know its a very subtle change from the about picture or my “squoval” nails but I think it makes a big difference.  I will have to be patient and wait to file them into a more round shape as they grow, because the last time I cut them I made them square-ish and these things take time.  But  I’m happy I changed it up a bit, I feel refreshed.
The moral of the story is, if any part of your beauty routine feels stale, try something new.  It might be the shrimp your inner Moby Dick was looking for.

Life Update and Getting Excited For Fall

Btw, I was inspired to change it up and instead of my usual boring square nails, they’re round or squoval. Makes a huge difference!

Of all the blog posts I have written, the all time most viewed is "How To Grow Long Healthy Hair".   I guess a lot of people...
Copyright 2014 MsQuinnFace. All Rights Reserved. Sitemap Designed By: Ryan Lamothe
Back to top