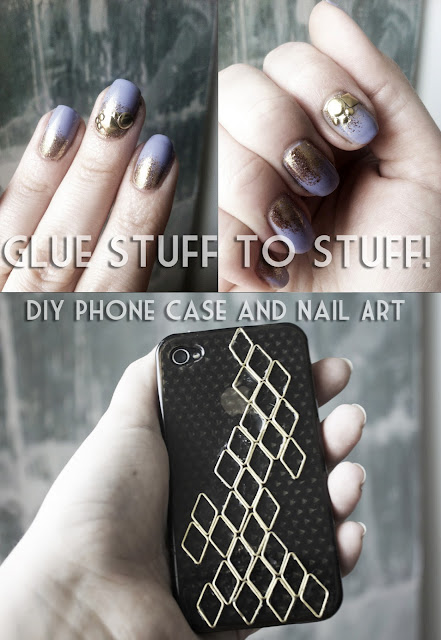 If you are a creative type of person, tell me-  Do you ever wake up and have the urge to just make a whole lot of stuff?  Like just this urge to create tangible things that look nice?

I love makeup, and 90% of the time it satisfies all the creative urges, but sometimes I need to make something I can keep ya know?

Today I woke up and I needed to glue things to other things, plain and simple.  About a year ago I made a pair DIY studded converse, and the whole process was really relaxing and therapeutic.

Even better was the feeling of immense satisfaction when someone asked where I got them and I got to casually respond “…Oh these old things? Yeah I made ’em, no big deal” and then they were all impressed and I just ate that feeling up like num num num num.

So today I woke up and the urge had returned.  I needed to glue stuff to stuff, POST HASTE!

So I went into my drawer of nail art goodies and pulled out the bags of studs and charms I purchased a few months back and I found my these really cool diamond shaped charms, and was all ready to glue them on my nails…but they were too big, womp womp.

But they were super cool, so I wanted to make something with them.  I decided to glue them to my phone case.  I found the E6000 glue that I had used to glue all of the studs onto my converse and got to work.

Oh and in case you were wondering, the glue has held up for almost a year with not one single stud missing and I wore the crap out of those sneakers. 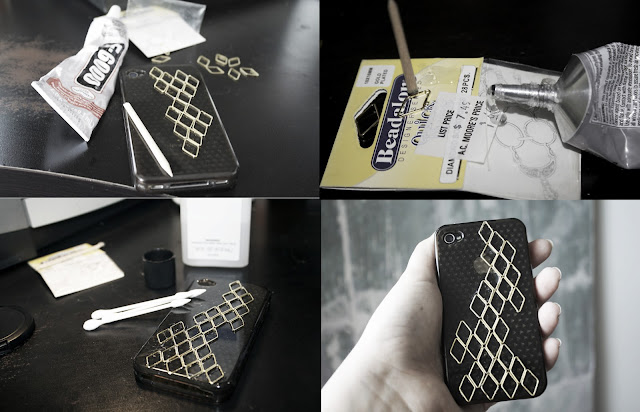 Now I know all you crafty folks out there know how to glue things to other things, duh.  But I figured I would take a few pics along the way to give you tips and make it easier for you if you want to try it, and also so you could see what mine looks like to gain some inspiration!

Before anything else, I laid the charms on the back of the phone to get a loose idea of how I wanted to place them.

To apply the glue I used a mini orange stick that came with a pack of Sally Hansen Salon Effects strips, I just used the package from the charms as a tray for the glue.

Don’t forget to take your phone out of the case before you start gluing, sounds silly but I almost forgot.  Whoops.

Once I had them in a pattern that I liked I let them dry for a few minutes, and used cosmetic Q-tips and nail polish remover to get rid of some of the excess glue.

And that was it all done!

But I wasn’t done yet, because I still didn’t have any fun charms on my nails.  I decided to go with my current favorite Glitter Ombre Manicure combo (which I blogged about here if you want details on how I did that part) 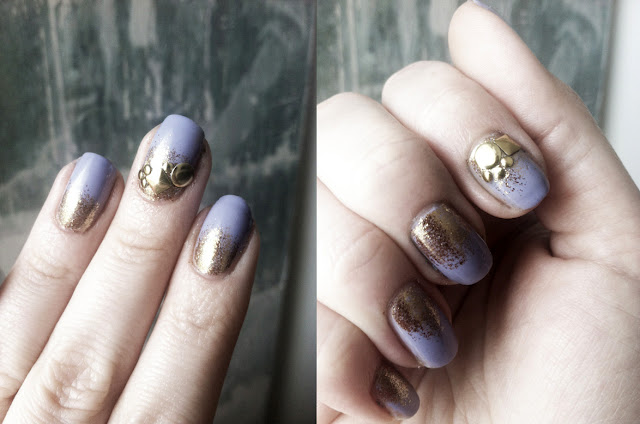 Then I just applied nail glue and a variety of these different size and shape studs which I bought on amazon to the glitter area on two random nails.  Couldn’t be simpler!  And I think it looks pretty sweet.
In case you were wondering, this is how to whole shebang looks together: 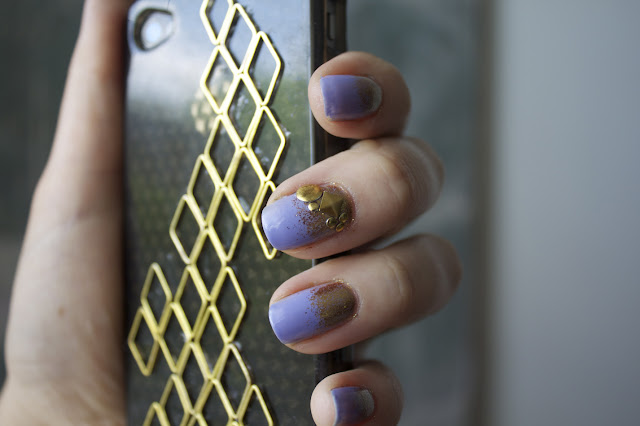 So if you feel like you need to glue some stuff to some other stuff, I hope this inspires you.  And if you don’t feel like that, then I hope it was at least fun to look at!

Ahhh, Memorial Day weekend is upon us...well in a few days it will be.  That means the beaches will be open, the weather...
Copyright 2014 MsQuinnFace. All Rights Reserved. Sitemap Designed By: Ryan Lamothe
Back to top