How To Grow Long Healthy Nails 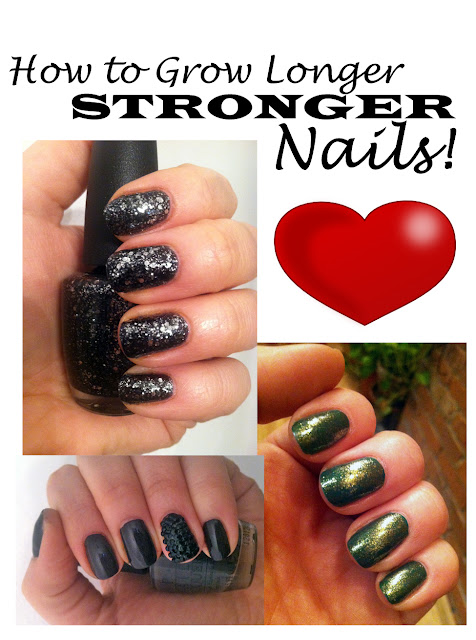 For years and years of my life I struggled with short, peeling, soft nails.  Countless times people had different advice for me, and different products that they said would help and it never helped at all.

I also suffered (and still do on occasion) with dry, cracked cuticles.  Sometimes in the winter they would get so bad they would bleed a little…I know thats gross but it’s true.  It seemed like no amount of cream or oil would help.

It wasn’t until I really dedicated myself to caring for my nails that I began to see results.

It was also around this time that I realized that cuticle health and nail health were tied to each other.

I wish I had photos of what my nails used to look like, but let’s be honest…I didn’t want to take pictures of them with raggedy edges and bleedy cuticles.You’ll just have to take my word for it that they were not good. 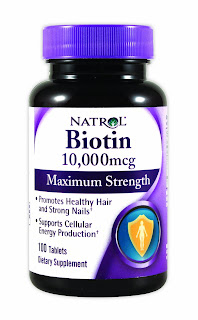 Second thing…supplements.  The first time I saw my nails improve is when I started taking a hair skin and nail vitamin.  I took it for around 6 months every day, and noticed a great difference in my nails.

I was really happy and I mentioned it to my friend who is very knowledgable about supplements and things of that sort and he was like “Quinn, ditch the hair skin and nails mix and go for straight biotin.  That’s what’s helping your nails.”  So I did…

And HOLY CRAP you guys, Biotin WAS what was helping.  I switched to 10,000 mcg biotin tablets (as opposed to the 5,000 mcg in the HS&N supplement) and my nails began to grow harder longer than they ever had before.

Supposedly it also helps your hair, but I already have more hair than I know what to do with so it’s hard to say if it helped that.

So now I had new, fast growing nails, but they would grow a bit and then peel and split.  So I read and read and researched and it seemed like everyone had a different answer, and I was confused and frustrated and nothing worked and I just wanted to make wearing gloves year round a fashion statement and be done with it.

One thing I did notice was that all the bloggers with the best nails seemed to use a cuticle oil every day so I decided to give that a shot. 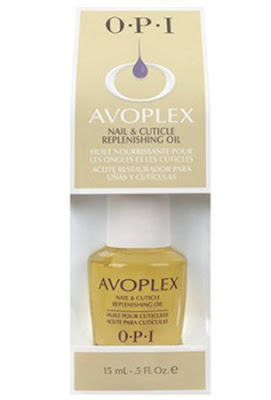 I applied it to my nails and cuticle every day, and I saw results.  For the first time in my life my cuticles were not cracking and peeling…and you know what? My nails stopped peeling too.

I don’t understand how oil helps the peeling, but it does.  If you keep your cuticles and nails oiled and soft they will both improve.

I have tried a number of oils and I have settled on OPI Avoplex as my favorite as of right now, but I think it is a matter of what works for you.

Some people SWEAR by CND Solar Oil…but for me it was terrible.  I think it made my nails and skin more dry!  But there are other people who say it’s the holy grail of cuticle oil.  So I guess it really is what works for you.  Trial and error my friends.

I like to keep my Avoplex on my coffee table and just massage it into my nails every night while I wind down and read or watch a movie or something.  That way it’s part of my relaxation, instead of another chore I have to do.

The other things that make a big difference are good diet and drinking plenty of water…but aren’t those tips for your health and beauty in general?

Now let me be honest with you.  I still break nails from time to time, and I don’t have dragon lady nails.  They are just past the ends of my fingers.  But for a girl who always had weak nails, they are AWESOME.  This isn’t a miracle, and it takes a little dedication.

But if I can grow them, you can too!

How To Get a GIANT Sock Bun! YouTube Tutorial

Dry Shampoo- I Tested A Bunch So you Don't Have To!

[…] well actually what FEELS like a million years ago, I wrote a post about how taking supplements and caring for my cuticles has completely changed my nails.  It’s been over a year since I wrote about that, and my nails are literally the longest and […]

[…] to have strong, healthy nails.  If your nails themselves are damaged or weak and bendy please read THIS and THIS first.  I promise that will help […]

How To Get a GIANT Sock Bun! YouTube Tutorial

Hey Everyone!It's Thursday which means....New YouTube Video!!!This week I teach you guys how to get the biggest fattest...
Copyright 2014 MsQuinnFace. All Rights Reserved. Sitemap Designed By: Ryan Lamothe
Back to top